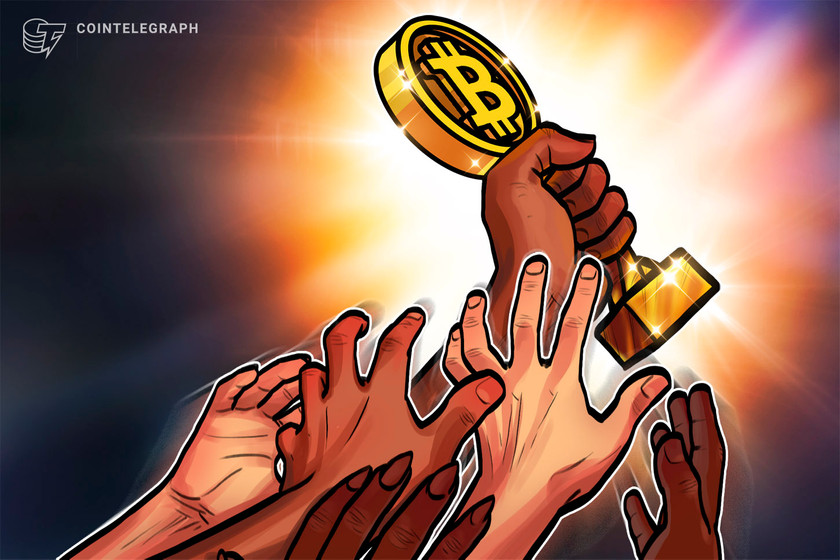 Top golfers from Africa and Europe will be eyeing lucrative Bitcoin (BTC) payouts at the end of the 2022 season after a new sponsorship of South Africa’s Sunshine Tour.

The year-long season sees golfers compete for the top spot on Sunshine Tour’s overall leaderboard, the Order of Merit. Crypto platform Luno, which has a big footprint in South Africa and the wider African continent, has assumed the title sponsorship of the overall rankings.

Money talks in sport but the language is certainly evolving, with Luno casting aside rand-based awards for the top golfers on the Order of Merit in favor of Bitcoin. The golfer that tops the Luno Order of Merit will receive 500,000 rand worth of BTC — equivalent to $31,000, or 30,000 euros at the time of writing.

The second and third-placed golfers will receive 200,000 rand and 100,000 rand in BTC, respectively, while Luno will also be sponsoring every professional golfer on the Sunshine Tour 1000 rand worth of BTC to encourage them to explore the exchange’s mobile application.

The Sunshine Tour is also using the new sponsorship to make a change to its rankings system, shifting from money-based to a points-based ranking from May 2022. This intends to create a more even playing field for golfers vying to top the Order of Merit at the end of the season.

There’s plenty to play for as well, with the number one spot also including entry to two of golf’s Majors in the United States Open and British Open, as well as a year-long luxury vehicle sponsorship.

Cointelegraph attended the sponsorship announcement at the prestigious Houghton Golf Club in the heart of Johannesburg and spoke to Luno’s general manager for Africa Marius Reitz, who has facilitated a couple of sports-focused marketing campaigns over the past year:

“It’s significant on a couple of fronts, firstly the fact that there is Bitcoin prize money, which is a first for South Africa, and probably Africa. I think its the first sports sponsorship in South Africa involving a crypto company.”

Luno intends to break new ground with their first sponsorship involving a professional golf tournament, with synergies between the two highlighted by Reitz:

“The Sunshine Tour is an established brand, they’re the home of golf in South Africa. It is a trusted guide for golfers from a young age up to a professional level. The association of trust and safety makes sense for us.”

Luno has made efforts to position itself as a trusted cryptocurrency exchange that introduces new users to the ecosystem with the help of a learning portal. The company made waves last year with a high-profile advertising campaign featuring Rugby World Cup-winning Springbok coach Rassie Erasmus teaching users how to buy BTC.

The company has now continued its exploration of the sports industry in the country — a point that Sunshine Tour Commissioner Thomas Abt believes will benefit both industries in kind:

“I think it’s fantastic when a new brand comes into the space. They have a strong backing, they want to make noise and they’ve been doing it like you’ve seen with the Rassie advert. They’ve done it well and I’m sure they will continue with the Sunshine Tour.”

The impact was not lost on the golfers either, with Sunshine Tour professional Callum Mowat also drawing comparisons between the mentality needed to master both the world of golf and crypto:

“As a golfer, you have to take risks and you also have to believe you are never out of the game, especially after a bad shot. I am not too familiar with cryptocurrencies but I know that you need patience to master both of these.”

Reitz also acknowledged that the cryptocurrency space is still relatively nascent with onboarding new users and education of basic principles a primary focus. The Luno Africa general manager said that th focus on learning and education is key, while slowly introducing wider audiences to cryptocurrencies through avenues like sports sponsorships and marketing campaigns:

“Golfers think differently, they’ve got a different way of looking at risk and reward – each and every shot they play they have to take calculated risks. It’s the same in crypto. It’s still new and for people to start using it in their everyday lives will require a mind shift change and that doesn’t happen overnight.”

The sports industry continues to be an enticing avenue for cryptocurrency exchanges, service providers and companies to advertise their offerings. Crypto brands are actively involved in the biggest football leagues in the world, on the canvas of the UFC’s octagons and around various tracks on the global Formula 1 roadshow.