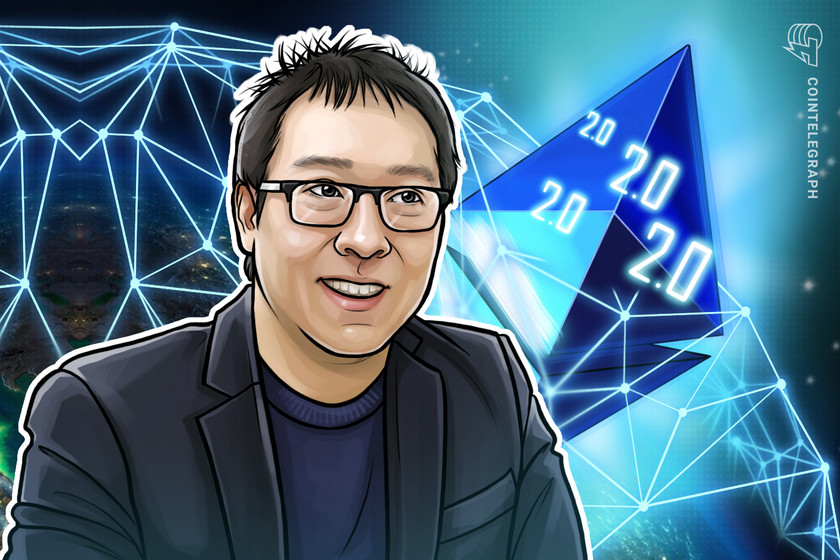 Samson Mow, a well-known Bitcoin proponent, recently took to social media to talk about the centralization aspects of the upcoming Merge, which he claimed isn’t widely known.

Ethereum is in the countdown mode after the completion of the Bellatrix upgrade on Sept. 6 and is all set for the official transition between Sept.13–15, depending on the hash rate (computer power) input on the network. The Merge is slated to be triggered by a difficulty threshold called the Terminal Total Difficulty (TTD) at a value of 58750000000000000000000.

Mow claimed that while everyone thinks that the Merge will be triggered by thepre-set threshold difficulty, there is one aspect that not many people have paid attention to. He said node operators have the power to overwrite the TTD value by a single line of code.

Mow cited a Galaxy blog post highlighting the key centralization issue with the Merge and claimed that Ethereum has knowingly suppressed this fact.

So how does the MeRgE actually get triggered? I was curious so I did some digging. I thought it may be set with a fixed mechanism or readiness threshold, but no. Someone, probably Vitalik, will just say “go” and then it happens. The complex charade is to mask the centralization. pic.twitter.com/PmxcTMU8J5

He noted that with few nodes that matter, “so those in charge can simply “feed the actual value” for activation time whenever they feel like it. What’s hilarious is they then make tracker sites to “predict” when it will happen.”

Cointelegraph reached out to Mow to get his perspective on the upcoming Merge and the centralization debate looming around Ethereum’s upcoming transition. Mow told Cointelegraph that with a move to proof-of-stake (PoS), the “centralization aspect of Ethereum would become permanent.”

He added that in a PoS system, node operators are solely responsible for decision making which is clear from the TTD override example. He said:

“If Ethereans really wanted to have something energy efficient, scalable, and cheaper, they would be doing R&D on Bitcoin second layer technologies like Lightning and Liquid.”

Ethereum’s transition to a PoS network started out as a strategy to address its scalability woes but soon became a case for energy efficiency amid the growing scrutiny around the Bitcoin network’s energy consumption. The Merge would mark the completion of the second phase of the three-phase transition process, and the majority of key benefits, including cheaper gas fees and faster transaction throughput, will arrive with the completion of the third phase.