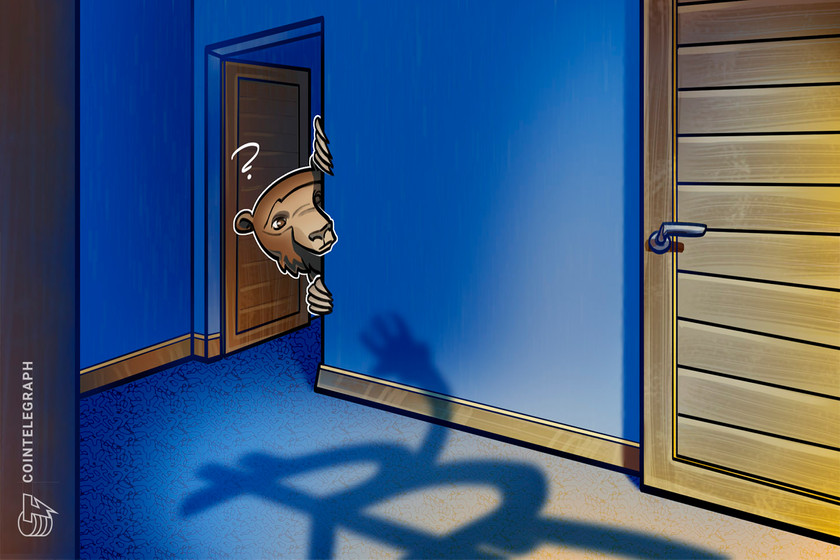 The Bitcoin (BTC) community is divided about whether the token’s price is going to surge or crash in the year ahead. A majority of analysts and technical indicators suggest it could bottom between $12,000 and $16,000 in the months to come. This correlates with a volatile macroeconomic environment, stock prices, inflation, Federal Reserve data and (at least according to Elon Musk) a possible recession that could last until 2024.

On the other side, influencers, BTC maximalists and a range of other fanatical “shills” maintain its price could skyrocket to $80,000 and beyond.

There is evidence to support both sides. One issue is that they may be looking at different time horizons. There’s a strong case to be made that BTC is likely to drop sharply in the months ahead but potentially rise in mid-to-late 2023.

The case for a 2023 BTC price increase

Bitcoin bull runs historically coincide with the four-year market cycle, which includes accumulation (buying), an uptrend, distribution (selling) and a downtrend. We would generally expect the accumulation part of this process to begin in 2023, though some believe it could be delayed until 2024.

Related: What will the cryptocurrency market look like in 2027? Here are 5 predictions

Nonetheless, we will likely see valuations rise in mid-2023, and there is evidence to support this idea. According to Kevin Svenson, we could witness a bull market begin around April when the 80-week bear market finishes up.

The deflationary nature of Bitcoin, through its “halving” events, also encourages these price increases over time. (Halvings result in the reward for miners being cut in half. The next one is scheduled to occur in April 2024.) Despite market turbulence, Bitcoin’s deflationary nature results in price appreciation for long-term investors.

But, be wary of the hype. Influencers and markets are well aware that greed sells. Predictions that Ether (ETH) will rise by 10 times in 2023 should be viewed with skepticism. And, Bitcoin is very unlikely to hit $100,000 or even close to it, despite such claims.

Pessimistic estimates have BTC dropping to $3,500

Other experts indicate that we won’t see a surge anytime soon or even in 2023. Gareth Soloway of InTheMoneyStocks indicated that there is a small chance it could even plunge to $3,500:

“There will be a pivot in Bitcoin as it matures as regulation helps people feel more confident… I think in the near term we’re going to see a little bit of a bounce then a wave down to $12,000 to $13,000, and then I do worry that you’re going sub $10,000 to $8,000 maybe even worst case scenario $3,500 very small percentage but that would be the equivalent of Amazon.com collapse in the dot com era.”

If BTC plunges to $12,000 or below, it may not be profitable for miners to run the ecosystem. That would mean transactions no longer get processed, a problem that could cripple the industry.

Let’s also remember that we haven’t seen any strong correlation between cryptocurrency prices and mass adoption, which is not a healthy pattern. Crypto prices have been a function of how much money — through derivative contracts and other financial instruments — that investors (mainly whales and institutions) throw at given assets.

There are still other concerns to be addressed regarding BTC price cycles. Some are suggesting that these four-year cycles might no longer apply for various reasons. One is that most BTC is not the only kid on the block, unlike previous cycles.

It’s competing against a host of cryptocurrencies which are superior in most ways, along with decentralized finance (DeFi), GameFi, nonfungible tokens (NFTs), decentralized autonomous organizations (DAOs), Web3 startups and a number of far more lucrative investment mechanisms. Getting involved in Web3 and DeFi requires purchasing ETH, not BTC. Many assume that because people will become “more interested in DeFi,” BTC will rise. This is unfounded.

However, it’s still one of the first coins institutions will gravitate toward when getting involved and a signature name in the world of cryptocurrency. All things considered, it’s likely that the Bitcoin price will surge in mid-2023, though we will see a drop in the coming months.

Related: The market isn’t surging anytime soon — So get used to dark times

On Oct. 18, more than 38,000 BTC worth $750 million was removed from crypto exchanges to private wallets, a sign that whales are accumulating and storing for volatile times. Moves off of exchanges are typically interpreted as bullish indicators. Robert Kiyosaki, author of Rich Dad Poor Dad, is bullish on BTC due to interest from institutions and pension plans. As he tweeted on Oct. 7:

An ‘end of world’ BTC surge?

The ironic thing about BTC maximalists is that they have a belief that a crash in existing systems and the United States dollar (in particular) would be beneficial for Bitcoin and the wider “decentralized” community. They claim that a crash in governments will necessitate a new financial system, Bitcoin being perfectly poised.

The idea is that there is a neatly inverted line between the collapse of the fiat infrastructure and a rise in the BTC price, where more volatility equates with more price increases. When the world crashes, the decentralized community will simply “fill the void.”

Of course, a collapse in oil-USD would result in skyrocketing energy prices. That would also mean a potentially unsustainable Bitcoin ecosystem due to mining issues. That’s a problem Ethereum addressed with its September Merge, which removed miners from the equation and resulted in a 99.99% reduction of its carbon footprint.

And, a complete collapse would also mean that assessments of the USD are worthless. If hyperinflation sets in, what value would $1 million in BTC hold if it couldn’t be used to buy a loaf of bread? Volatility is usually Bitcoin’s friend — but only to a certain point.

Bitcoin maximalists should be careful what they wish for: Fulfilling their wishes could spell disaster for the USD and Bitcoin with it.

Daniel O’Keeffe is a Web3 copywriting and PR specialist who began investing in Bitcoin in 2013. He previously worked for three years as a compliance analyst for J.P. Morgan and State Street. He holds a master’s degree in computer science from the University College Dublin and a legal degree from the University of Limerick.

This article is for general information purposes and is not intended to be and should not be taken as legal or investment advice. The views, thoughts, and opinions expressed here are the author’s alone and do not necessarily reflect or represent the views and opinions of Cointelegraph.