Seen as the face of the non-fungible token (NFT) market, the Bored Ape Yacht Club (BAYC) has entered the silver screen based on a series of animated short films called “The Degen Trilogy.” 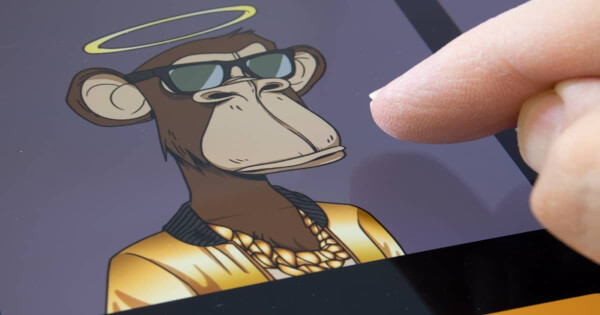 Bored Apes will serve as characters in the film to be hosted by the new media arm at Coinbase. The crypto exchange is expanding its scope by testing the field of film production.

The first three episodes of the series will be aired at an NFT industry event called NFT.NYC is slated for June.

For consideration in the series, Bored Ape owners have been asked to submit their apes together with character descriptions to be scrutinized by a Hollywood casting director.

“You can think of this as a love letter to the NFT tech that has provided so much creative liberation for artists. We really look at (Bored Apes) as sort of our North Star in the NFT space. They’ve created such a massive and engaging community.”

Upon release, the Coinbase website will serve as the gateway to accessing the films because viewers will be required to create a Coinbase wallet.

The series will also tie in with the launch of Coinbase’s NFT marketplace, according to Swann.

He added that the Bored Apes would not be the only NFTs aired on the big screen because Mutant Apes by Yuga Labs, the blockchain startup behind the Bored Ape Yacht Club, would get similar treatment.

“We’re seeing how NFTs are evolving to be vehicles of access and participation in networks, games, merchandise and now interactive entertainment. This is a breakthrough project and we’re excited to see how this shapes the future of Web 3 for all communities.”

Meanwhile, Yuga Labs raised funds worth $450 million in March. As a result, the funds effectively placed the blockchain startup at a $4 billion valuation. The team aimed to inject the funds into building a media empire that would predominantly feature NFTs.

This fundraising came days after Yuga Labs unveiled a metaverse project dubbed the “Otherside”. The teaser featured an animated Bored Ape NFT smoking Tobacco in what appeared to be a metaverse-themed world.

The Bored Ape made connections with other Yuga Labs-backed NFT collections housed in what looked like a spaceship.