The move from proof-of-work (PoW) to proof-of-stake (PoS), known as the merge, attained a landmark achievement after the first shadow fork went live on the Ethereum (ETH) mainnet. 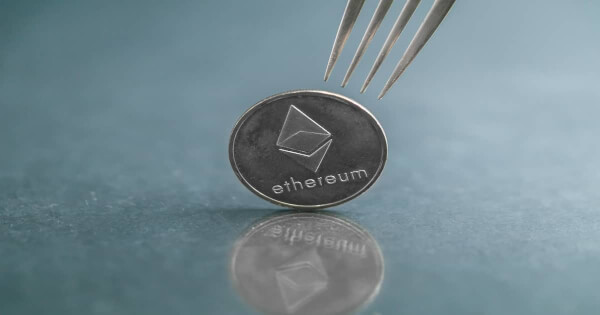 As a the merge’s trial, the shadow fork is a means of stress testing state growth and syncing on the ETH network, according to Ethereum Foundation developer Parithosh Jayanthi. He added:

“We additionally wanted a way to check if our assumptions work on existing testnets and/or mainnet.”

Moreover, some information will be shared by both the shadow fork and the main Ethereum network. As a result, some transactions might emerge on both chains.

Having already processed 1,558,014 transactions at an average block time of 13.8 seconds, the shadow hardfork showcases what the merge will entail, according to the block explorer page by Ethereum Foundation developer Marius Van Der Wijden.

Deemed as a historical event, Van Der Wijden came up with the shadow fork idea so that it could help with testing the merge.

The merge is slated for Q2 2022 and will act as the biggest software upgrade in the Ethereum ecosystem. Validators will take up the role of miners when it comes to the confirmation of blocks based on the amount of ETH staked, given that it acts as collateral against dishonest behaviour.

Market analyst Lark Davis recently noted that the merge would prompt a supply growth rate of -2.8% in the ETH network. He explained:

“At -2.8% supply growth a year post Merge, Ethereum will see about 3.3 million ETH a year burned. By the end of the decade total ETH supply will drop under 100 million. Or put another way, we will burn the equivalent of ALL ETH currently sitting on exchanges.”

Therefore, the merge is viewed as a game-changer that will make the ETH network cost-effective and environmentally friendly and boost the second-largest cryptocurrency as a deflationary asset.