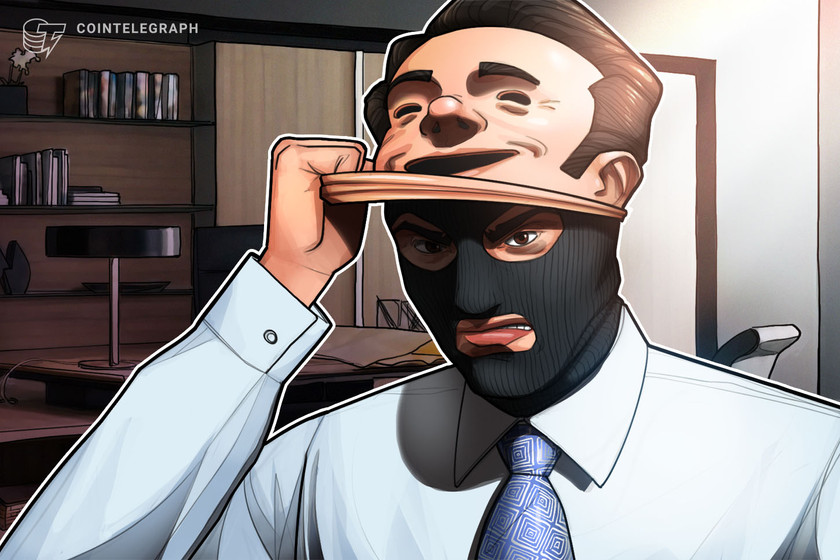 Most people who have dealt with cryptocurrencies in any capacity over the last couple of years are well aware that there are many projects out there offering eye-popping annual percentage yields (APY) these days.

In fact, many decentralized finance (DeFi) protocols that have been built using the proof-of-stake (PoS) consensus protocol offer ridiculous returns to their investors in return for them staking their native tokens.

However, like most deals that sound too good to be true, many of these offerings are out-and-out cash grab schemes — at least that’s what the vast majority of experts claim. For example, YieldZard, a project positioning itself as a DeFi innovation-focused company with an auto-staking protocol, claims to offer a fixed APY of 918,757% to its clients. In simple terms, if one were to invest $1,000 in the project, the returns accrued would be $9,187,570, a figure that, even to the average eye, would look shady, to say the least.

YieldZard is not the first such project, with the offering being a mere imitation of Titano, an early auto-staking token offering fast and high payouts.

Are such returns actually feasible?

To get a better idea of whether these seemingly ludicrous returns are actually feasible in the long run, Cointelegraph reached out to Kia Mosayeri, product manager at Balancer Labs — a DeFi automated market-making protocol using novel self-balancing weighted pools. In his view:

“Sophisticated investors will want to look for the source of the yield, its sustainability and capacity. A yield that is driven from sound economical value, such as interest paid for borrowing capital or percentage fees paid for trading, would be rather more sustainable and scalable than yield that comes from arbitrary token emissions.”

Providing a more holistic overview of the matter, Ran Hammer, vice president of business development for public blockchain infrastructure at Orbs, told Cointelegraph that aside from the ability to facilitate decentralized financial services, DeFi protocols have introduced another major innovation to the crypto ecosystem: the ability to earn yield on what is more or less passive holding.

He further explained that not all yields are equal by design because some yields are rooted in “real” revenue, while others are the result of high emissions based on Ponzi-like tokenomics. In this regard, when users act as lenders, stakers or liquidity providers, it is very important to understand where the yield is emanating from. For example, transaction fees in exchange for computing power, trading fees on liquidity, a premium for options or insurance and interest on loans are all “real yields.”

However, Hammer explained that most incentivized protocol rewards are funded through token inflation and may not be sustainable, as there is no real economic value funding these rewards. This is similar in concept to Ponzi schemes where an increasing amount of new purchasers are required in order to keep tokenomics valid. He added:

“Different protocols calculate emissions using different methods. It is much more important to understand where the yield originates from while taking inflation into account. Many projects are using rewards emissions in order to generate healthy holder distribution and to bootstrap what is otherwise healthy tokenomics, but with higher rates, more scrutiny should be applied.”

Echoing a similar sentiment, Lior Yaffe, co-founder and director of blockchain software firm Jelurida, told Cointelegraph that the idea behind most high yield projects is that they promise stakers high rewards by extracting very high commissions from traders on a decentralized exchange and/or constantly mint more tokens as needed to pay yields to their stakers.

This trick, Yaffe pointed out, can work as long as there are enough fresh buyers, which really depends on the team’s marketing abilities. However, at some point, there is not enough demand for the token, so just minting more coins depletes their value quickly. “At this time, the founders usually abandon the project just to reappear with a similar token sometime in the future,” he said.

High APYs are fine, but can only go so far

Narek Gevorgyan, CEO of cryptocurrency portfolio management and DeFi wallet app CoinStats, told Cointelegraph that billions of dollars are being pilfered from investors every year, primarily because they fall prey to these kinds of high-APY traps, adding:

“I mean, it is fairly obvious that there is no way projects can offer such high APYs for extended durations. I’ve seen a lot of projects offering unrealistic interest rates — some well beyond 100% APY and some with 1,000% APY. Investors see big numbers but often overlook the loopholes and accompanying risks.”

He elaborated that, first and foremost, investors need to realize that most returns are paid in cryptocurrencies, and since most cryptocurrencies are volatile, the assets lent to earn such unrealistic APYs can decrease in value over time, leading to major impermanent losses.

Related: What is impermanent loss and how to avoid it?

Gevorgyan further noted that in some cases, when a person stakes their crypto and the blockchain is making use of an inflation model, it’s fine to receive APYs, but when it comes to really high yields, investors have to exercise extreme caution, adding:

“There’s a limit to what a project can offer to its investors. Those high numbers are a dangerous combination of madness and hubris, given that even if you offer high APY, it must go down over time — that’s basic economics — because it becomes a matter of the project’s survival.”

And while he conceded that there are some projects that can deliver comparatively higher returns in a stable fashion, any offering advertising fixed and high APYs for extended durations should be viewed with a high degree of suspicion. “Again, not all are scams, but projects that claim to offer high APYs without any transparent proof of how they work should be avoided,” he said.

Not everyone agrees, well almost

0xUsagi, the pseudonymous protocol lead for Thetanuts — a crypto derivatives trading platform that boasts high organic yields — told Cointelegraph that a number of approaches can be employed to achieve high APYs. He stated that token yields are generally calculated by distributing tokens pro-rata to users based on the amount of liquidity provided in the project tracked against an epoch, adding:

“It would be unfair to call this mechanism a scam, as it should be seen more as a customer acquisition tool. It tends to be used at the start of the project for fast liquidity acquisition and is not sustainable in the long term.”

Providing a technical breakdown of the matter, 0xUsagi noted that whenever a project’s developer team prints high token yields, liquidity floods into the project; however, when it dries up, the challenge becomes that of liquidity retention.

When this happens, two types of users emerge: the first, who leave in search of other farms to earn high yields, and the second, who continue to support the project. “Users can refer to Geist Finance as an example of a project that printed high APYs but still retains a high amount of liquidity,” he added.

That said, as the market matures, there is a possibility that even when it comes to legitimate projects, high volatility in crypto markets can cause yields to compress over time much in the same way as with the traditional finance system.

Recent: Terra 2.0: A crypto project built on the ruins of $40 billion in investors’ money

“Users should always assess the degree of risks they are taking when participating in any farm. Look for code audits, backers and team responsiveness on community communication channels to evaluate the safety and pedigree of the project. There is no free lunch in the world,” 0xUsagi concluded.

Zack Gall, vice president of communications for the EOS Network Foundation, believes that anytime an investor comes across eye-popping APRs, they should merely be viewed as a marketing gimmick to attract new users. Therefore, investors need to educate themselves so as to either stay away, be realistic, or prepare for an early exit strategy when such a project finally implodes. He added:

“Inflation-driven yields cannot be sustained indefinitely due to the significant dilution that must occur to the underlying incentive token. Projects must strike a balance between attracting end-users who typically want low fees and incentivizing token stakers who are interested in earning maximum yield. The only way to sustain both is by having a substantial user base that can generate significant revenue.”

Ajay Dhingra, head of research at Unizen — a smart exchange ecosystem — is of the view that when investing in any high-yield project, investors should learn about how APYs are actually calculated. He pointed out that the arithmetic of APYs is closely tied into the token model of most projects. For example, the vast majority of protocols reserve a considerable chunk of the total supply — e.g., 20% — only for emission rewards. Dhingra further noted:

“The key differentiators between scams and legit yield platforms are clearly stated sources of utility, either through arbitrage or lending; payouts in tokens that aren’t just governance tokens (Things like Ether, USD Coin, etc.); long term demonstration of consistent and dependable functioning (1 year+).”

Thus, as we move into a future driven by DeFi-centric platforms — especially those that offer extremely lucrative returns — it is of utmost importance that users conduct their due diligence and learn about the ins and outs of the project they may be looking to invest in or face the risk of being burned.