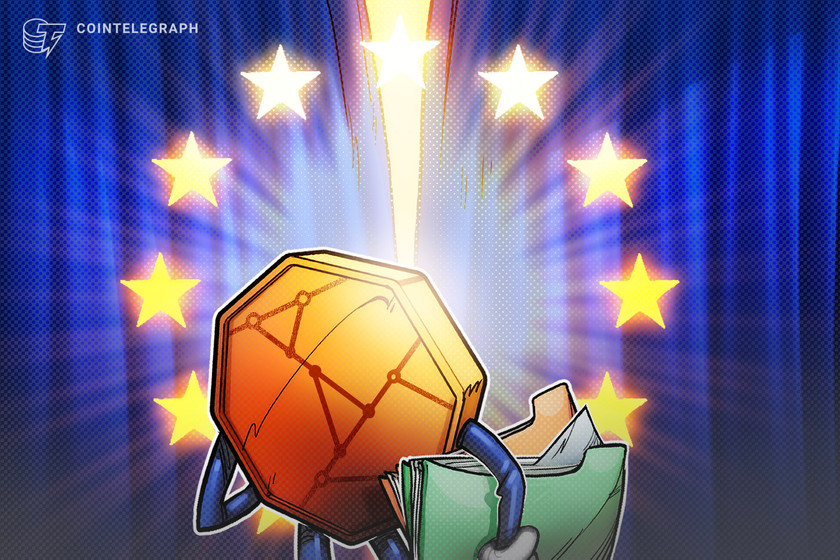 Members of the Germany-based Bundesblock, otherwise known as the German Blockchain Association, updated the community on the upcoming Markets in Crypto-Assets (MiCA) regulations in a virtual panel held on Thursday, Sep. 1.

According to the panel, the final legal text for the long-awaited regulations is set to be released in the upcoming 4-6 weeks. However, nonfungible tokens (NFTs) and stablecoins are still not covered, while crypto asset service providers (CASPs) are discussed in scope.

Lawmakers in the European Union (EU) initially agreed on the MiCA terms, boasting of Europe being the first continent with decided crypto-asset regulations. The purpose of the law is to set specific guidelines for all EU member states on crypto regulation, as well as the licensing and operations of crypto companies.

On June 30, lawmakers released the initial agreement which was quickly deemed by crypto-Twitter as “unworkable.”

It included provisions such as established intervention powers of the European Securities and Market Authority (ESMA) and the European Bank Authority (EBA) over CASPs. This entails prohibiting or restricting any activity deemed a threat to investors, market integrity or financial stability.

Stablecoins were of particular interest with a of 200 million euros in transactions per day and the need to have full backing reserves, among other things.

Related: Talking with Eva Kaili, VP of the European Parliament, on MiCA regulation

Until now the final legal text has yet to be released, therefore the fine details of the MiCA are still on the table. Nonetheless the legislation known thus far has served as an example to lawmakers across the globe.

The Bank of Korea said that MiCA provisions effectively protected EU users without too many limitations, which could hinder innovation.

As the continent awaits the final verdict from regulators, additional crypto crackdowns are in sight. The European Securities and Markets Authority (ESMA) recently issued a statement that they are looking to collect more crypto data. Local authorities want “crypto off-chain data” or data involving crypto-related transactions outside of the blockchain.