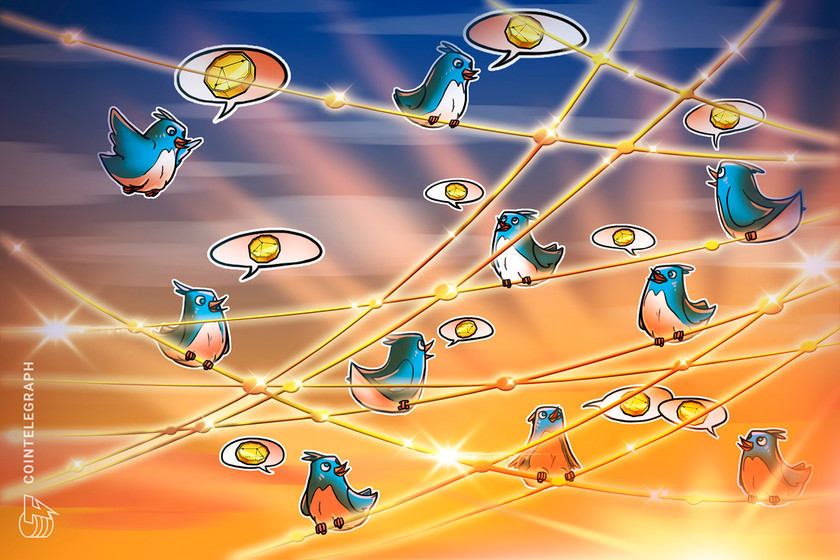 Nearly seven months after Tesla CEO Elon Musk first made a tender offer to purchase social-media giant Twitter, the $44 billion deal finally came to a close, resembling much of the original terms despite a heated corporate tug-of-war. As a platform for news announcements, marketing, and developer-user communication in the blockchain realm, crypto enthusiasts have already begun to speculate on the future of Twitter now that it’s in the hands of the billionaire tech entrepreneur.

At the annual Web Summit in Lisbon this week, Changpeng Zhao (CZ), CEO of cryptocurrency exchange Binance, said that the first feature he would like to see Twitter implement is that of accepting crypto payments. Previously, Binance invested $500 million into the acquisition, and CZ cited support for free speech and monetization potential of the platform as the main reasons why he and the exchange decided to participate in the deal.

“The first step is to just accept crypto. For the $8 verification to be paid in fiat, one has to integrate 200+ payment processors because Twitter has users all around the world. But if you use crypto, you just add it, and then you’re done.”

CZ has also stated that “expecting to use a tool built by someone else for free is just not… free market. Think all freemium social/chat products,” in response to a discussion initiated by U.S. Congresswoman Alexandria Ocasio-Cortez regarding whether or not users should enroll in a subscription plan in order to voice their opinions on Twitter.

Yo @elonmusk while I have your attention, why should people pay $8 just for their app to get bricked when they say something you don’t like?

This is what my app has looked like ever since my tweet upset you yesterday. What’s good? Doesn’t seem very free speechy to me pic.twitter.com/e3hcZ7T9up

Other stakeholders, such as co-founder Hayden Adams of decentralized exchange Uniswap and cryptocurrency exchange FTX founder Sam Bankman-Fried, seemed more concerned over the centralized structure of the platform. “Twitter spam is only hard with the unnecessary constraint that it remains centralized to one company. They could just open up the APIs and empower devs to build on top, and other people would fix the problem for them,” said Adams. Bankman-Fried also chimed in, adding:

“If only there were some decentralized API-like layer that multiple companies could interface with permissionlessly that could transmit information between people in real-time globally.”

On Nov. 3, Bankman-Fried revealed that FTX considered (but ultimately passed on) joining the Twitter deal because “it didn’t seem like our strengths were what was needed for Elon’s vision for Twitter.” In a previous thread, the FTX chief explained: “Twitter needed a revamping of leadership, so Elon did that,” adding that sometimes, the FTX team preferred to remain advisors to a company or vision rather than to partake in one.

Ethereum (ETH) co-founder Vitalik Buterin also joined the discussion, expressing concerns that a blanket subscription fee would potentially damage the platform’s anti-spam features for Twitter Blue. “Pay $8/month and call yourself whatever would damage the blue check’s anti-scam role. But if there’s more actual verification, the result is very different,” he wrote. Buterin then explained the Twitter Blue verification system before the acquisition was far more exclusive than a $20 per month subscription proposal and that: “Ideally, though, verification would be charged at-cost and separate from other premium services.”

But like both Adams and Bankman-Fried, Buterin advocated for more decentralized yet controlled features to be brought onto the platform. “Ideal solution: social network-based localized trust instead of global scores,” he wrote. Adding that mechanisms such as zero-knowledge identity checks and tabulating account quality scores could potentially help reduce anonymous scams in such a setup. Changes to Twitter Blue are currently in progress after Musk closed the acquisition and assumed sole directorial control of the company two days prior.