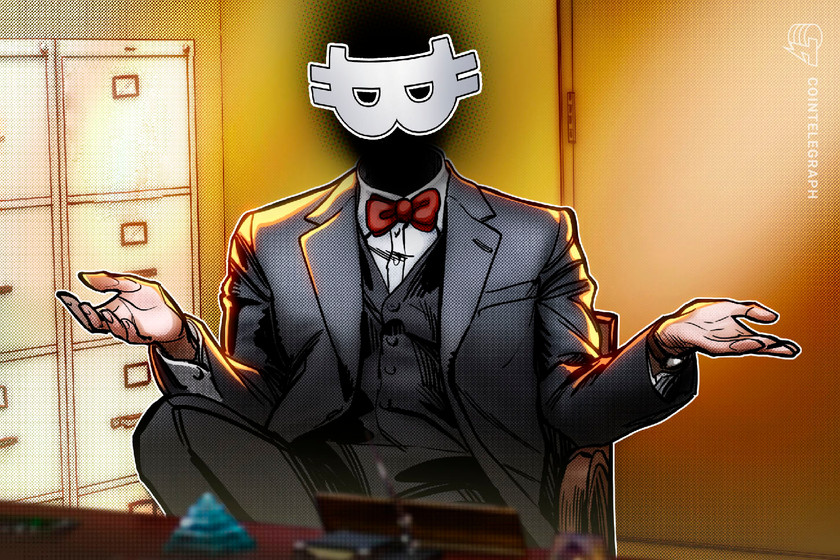 After more than 10 years since the inception of Bitcoin (BTC), its pseudonymous creator Satoshi Nakamoto still remains a mystery. Being an inspirational figure to the crypto space, Cointelegraph asked Twitter what questions they would have for Nakamoto if they had a chance to talk.

From asking about their private keys and thoughts about Bitcoin mining to conspiracy theories about artificial intelligence trying to take control of humanity, the community members shared their most colorful questions for the Bitcoin creator.

A Twitter user replied that they would have a conversation with Nakamoto about various topics from the economy to coding, up to their perspectives on the universe, life and health. The community member said that “a brilliant mind has to be heard on anything.”

Another community member brought up the topic of Bitcoin mining. The Twitter user said that they would ask Nakamoto about their thoughts about less energy-intensive alternative blockchains and if they would consider it as a feasible replacement for Bitcoin. Meanwhile, another question poked at the BTC creator’s thoughts on his vision versus the current status. They tweeted:

If the way Bitcoin is right now, is what he wanted it to be, or if Bitcoin has lost the way

One user brought up the topic of recovering lost Bitcoin. The Twitter user said that they would ask Nakamoto if there is any way to recover all those lost BTC. In a previous interview with Cointelegraph, Kim Grauer, an executive at analytics firm Chainalysis, said that around 3.7 million BTC, worth $75 billion at the time of writing, has been lost.

Many believe that Bitcoin is a hedge against inflation due to its inherent feature of having a limited supply. This may be why another response raised the issue of the public’s understanding of money and scarcity. According to a community member, they would ask Nakamoto if they had ever anticipated that the masses would have little understanding of financial concepts and scarcity, suggesting that if people understood, they would be all over Bitcoin and ditching inflationary currencies.

As the Twitter thread got more replies, the answers started to become more creative and dystopian. One user wrote that they would ask Nakamoto if they are an artificial intelligence life form that teleported from the future to build a decentralized computing infrastructure and “take control of humanity.”

Apart from these, one of the most asked questions revolved around asking for the Bitcoin founder’s private keys. After all, Nakamoto’s wallet is believed to have around 1.1 million BTC, which is worth $22.5 billion at the current market price and was worth $77.6 billion at the currency’s all-time high.

Related: 62% of wallets did not sell Bitcoin for a year amid the bear market: Data

One of the most prominent crypto projects that followed Bitcoin’s example is the smart contract platform Ethereum. Its native token, Ether (ETH), is currently the second most valuable crypto in terms of market capitalization. In July, Cointelegraph asked the community if they thought ETH has a chance ever to surpass BTC. While some believe that ETH has the potential to take the spot as the top dog in crypto, others believe that Bitcoin will always be the “king.”