The metaverse and web3 are seen as the next frontiers of crypto innovation. In fact, in the last six months or so, some incredible metaverse projects have been coming out. So, if you are thinking of diversifying your portfolio of the metaverse and web3 projects, Illuvium could be a great choice. Here is why. 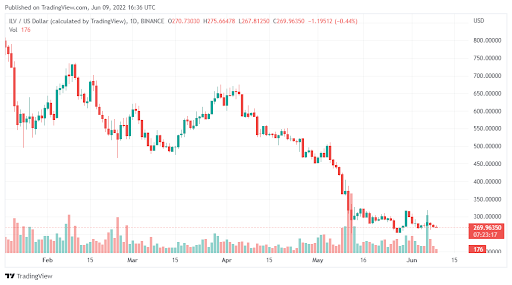 Illuvium is an immersive metaverse that allows users to earn by exploring an open virtual world. The metaverse also has a gaming aspect with tournaments and quests as well. So far, the project is still under development. But genesis NFTs have already been minted and besides, Illuvium recently opened sales for metaverse land.

Once the game is fully operational, users will be able to build virtual industrial plants to produce the energy needed to hunt and catch Illuvials. These are the most important collectibles in the game. Illuvium offers an exciting gameplay with immersive graphics. It has the potential to become a huge web3 project.

Should you buy Illuvium

There are many metaverse projects out there. But Illuvium is actually a very decent catch. First of all, it’s new. As noted above, the full game is not even ready yet. The plan is to launch it later this year. There is, therefore, so much value to unlock here.

The in-game mechanics and play-to-earn model for Illuvium also look sustainable. After all, Illuvium has added an array of dimensions into the metaverse that could be commercialized in the future.

Finally, we strongly believe that the project is undervalued. This is probably because the overall crypto market has slowed in recent weeks. But if you want to buy ILV, this would be a great time.